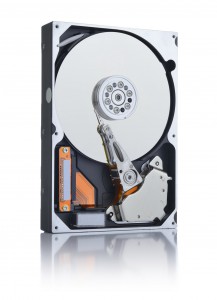 Tom from Appleton asks, “Why doesn’t my new hard drive show the full amount of space?”

There are a couple reasons why the terrabyte hard drive you bought doesn’t show a full terrabyte of free storage.

Whether you buy a clean, brand new drive from a retailer, or you are looking for 8 GB of storage space on your new 8 GB Android phone, there could already be things stored on it.  In terms of a new hard drive, the manufacturer may have placed some software on the drive that you can use to manage the drive, perform backups or reap other benefits they have marketed on the package.  Those things usually don’t take up very much space though.

If we’re looking at the storage space on a new computer, there may be visible or invisible partitions made by the manufacturer to storage backup software or restore disc images.

On smartphones, much of the storage space of the phone can be occupied by the operating system, or it could also be earmarked by the OS for specific functionality.  In cases like these, you may want to look at reviews to see how much space is free on a phone out of the box as a consideration before purchase.  This is especially true with Android phones, as they often come with limited amounts of free on-board storage, and not all apps can be run off an external SD memory card.

Space on drive may be smaller than it appears

A dirty little secret of the digital storage world is that there is a disparity between how much a drive actually holds and how the capacity is marketed.  This has to do with binary math.  Hard drive manufacturers market drives in decimal (or “base 10”) numbers – meaning one megabyte is 1,000,000 bytes.  Operating systems use binary (or “base 2”) numbering, which would mean one megabyte equates to 1,048,576 bytes.  It’s the same physical space, but just different ways of measuring it.  Think miles versus kilometers – the same distance would produce different measurements in each system.

So what is marketed as a “one-terrabyte” hard drive would roughly be, in computer measurements, 953 gigabytes.  It might even appear smaller depending on how the drive is formatted.  This is taking into account some overhead needed by the file system  Windows may only show you 931 gigabytes of that space on a totally blank, formatted drive.

Sometimes, if you have a particularly large hard drive and format it, you find you may lose whole terrabytes of space.  This may have to do with the file system you use to format the drive.  Older file systems can only address certain amounts of drive space.  So for example, if you format a three-terrabyte drive in FAT32, you may only have two-terrabytes of space free.  This can be addressed by formatting it as NTFS or exFAT instead.  Older computers may also impose a limit on drive space, which may be addressed by updating the hard disk controller or BIOS firmware.

If you are experiencing problems with your hard drive, be sure to give us a call or contact us by e-mail.  We’d be happy to help!

Do you have a tech question you’d like answered?  Send it to Ask Flex Tech!